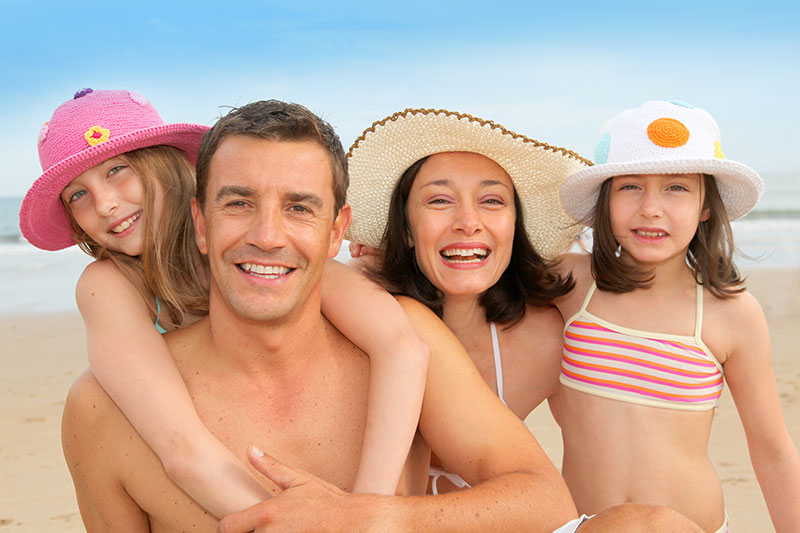 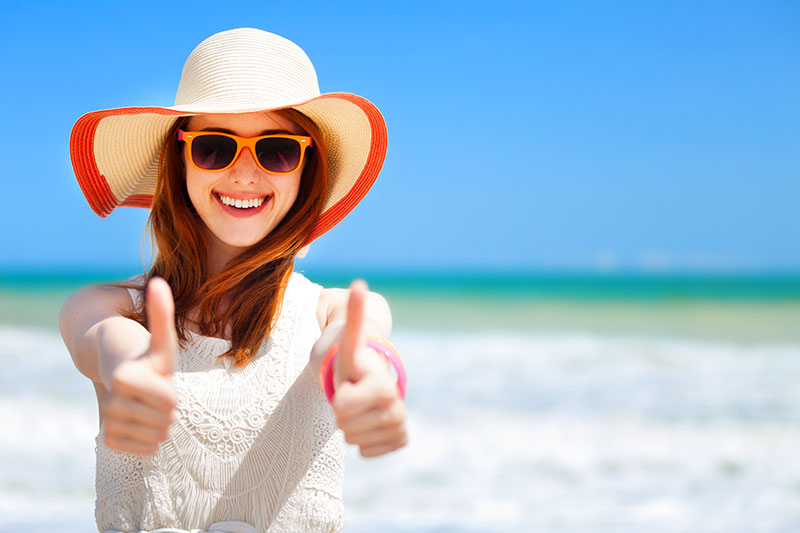 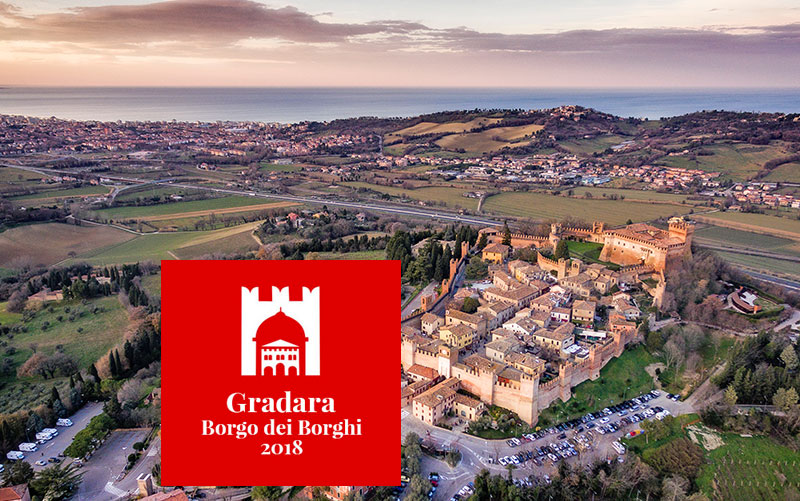 A few kilometers from the Adriatic Sea, Gradara is an enchanting medieval setting with cultural events during the whole year!

Officially named as the 2018 most beautiful italian borough, Gradara fascinates for its history and its breathtaking view.

A picturesque medieval village, encircled by trapezoid-planned town walls climbing up in towers to the Fortress. The tragedy of Paolo and Francesca, the two lovers sung by Dante Alighieri in his “Divine Comedy”-is said to 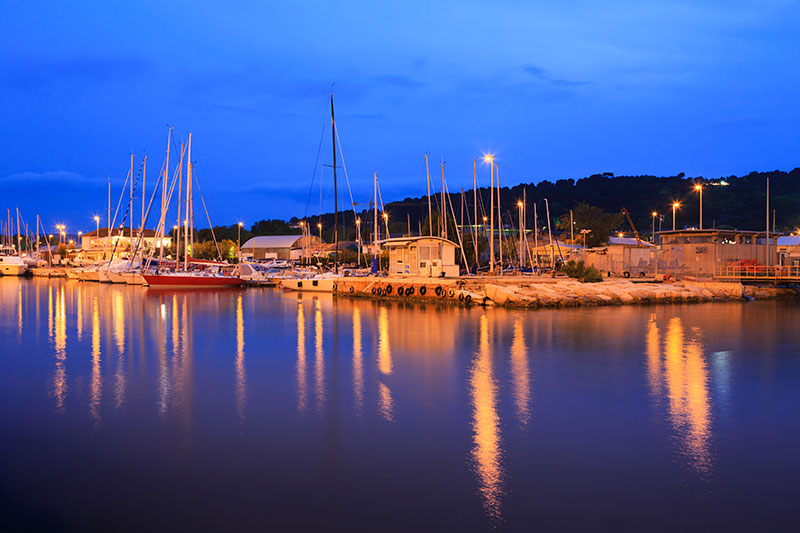 The chief-city of the homonym province is a seaside resort lying between two hills, at the mount of the Foglia river. It is the home town of Rossini, the musician, and boasts the best artistic and music traditions in the whole of the Adriatic coast. Its beach reaches for more that four kilometres and the town is fully equipped with first-class sports and tourist facilities. 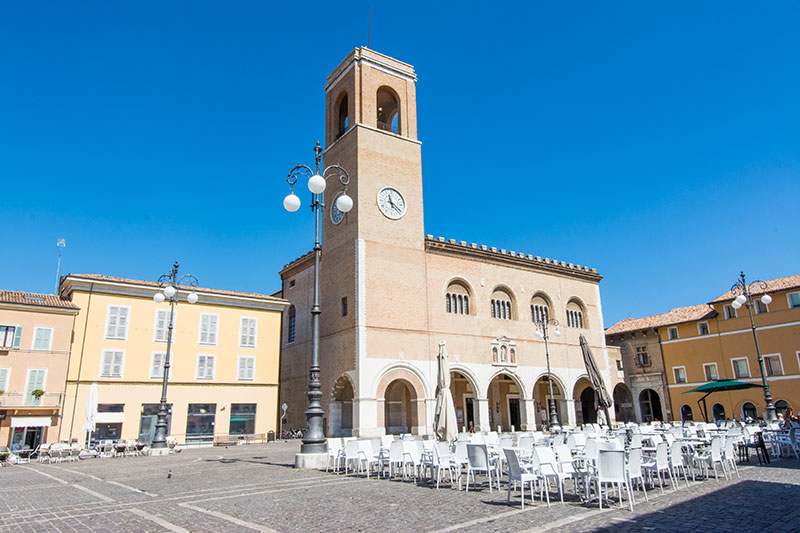 The name of this very ancient town-which preserves many evident traces of its histoiy- comes from a temple sacred to the Fortune. On its 20 kilometre littoral, which is distinguished by a picturesque canal-port, there are large parks. 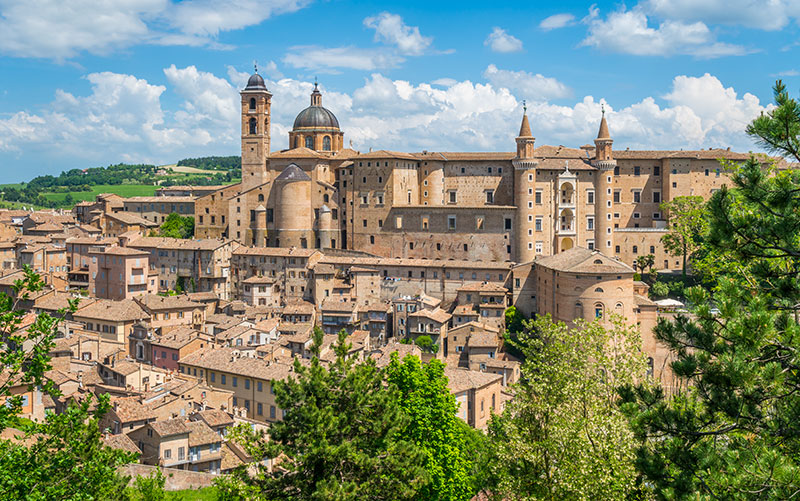 It is set high up on two hills and is surrounded by the Apennines Mountains which lie as an amphitheatre. This town rich in culture and art preserves almost entirely the features of a medieval and Renaissance centre and holds many master-pieces of enormous value. The Palazzo Ducale is the seat of the National Gallery of the Marches, paintings by Paolo Uccello, Piero della Francesca, Raphael, Titian ecc. 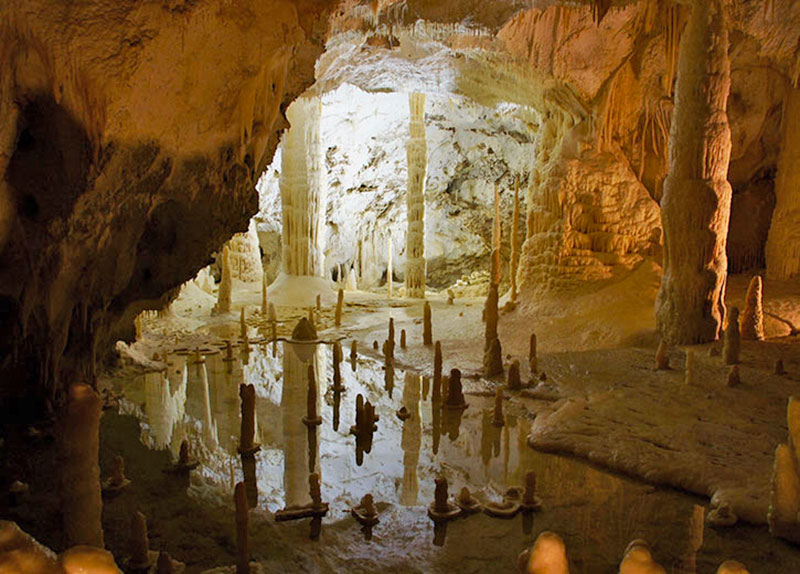 The caves offer spectacular scenic effects and easy walking. The visit to the caves lasts approximately one hour, with free guides. 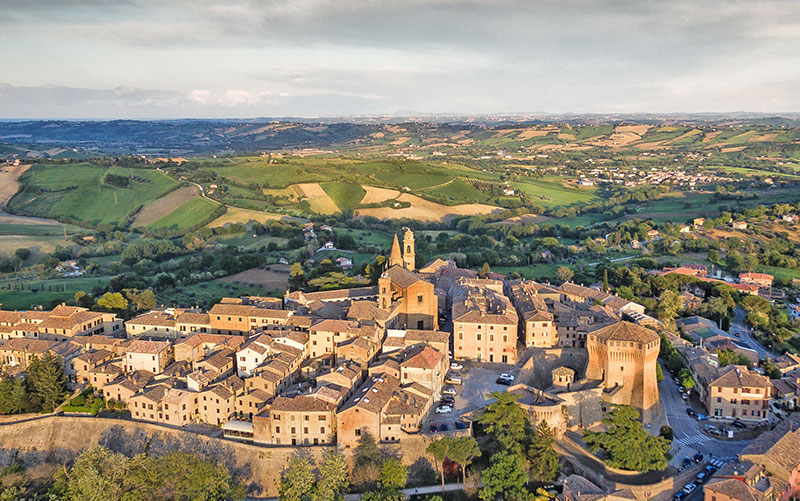 It had a great significance in the Renaissance age and nowadays it is still very interesting from a historic, artistic and panoramic point of view. Inside, there are a museum of historic recalling-which reconstructs theatrically the life as it used to be in the past inside the fortress- and the annouiy, that holds a selection of collective and individual weapons dating to that age. 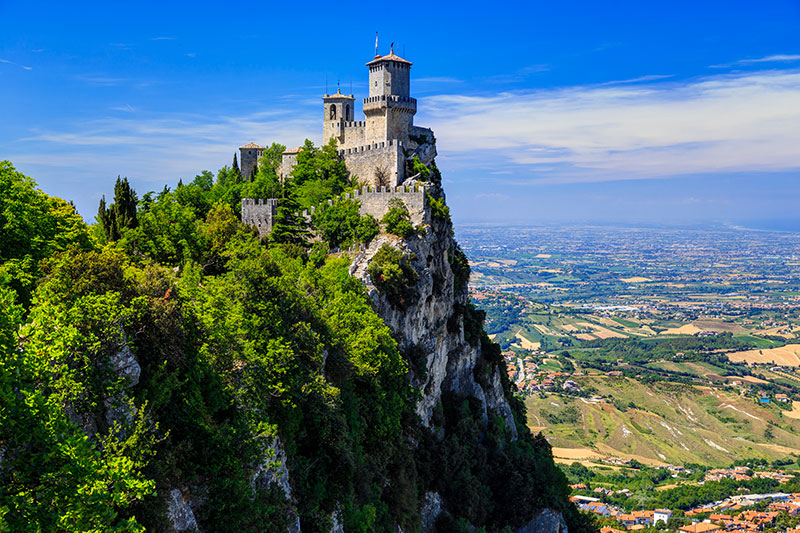 Situated between the two regions of Marche and Romagna, only a few kilometers away from the Adriatic seaside, the Republic of San Marino covers only 61 kmq. Particularly suggestive is the panorama which you can admire from the top of the three towers built on the Titano mountain. San Marino is visited every year by morethan three milions of tourists, whoare attracted by its great historical and architectural heritage and by lots of museums beside hundreds of shops. 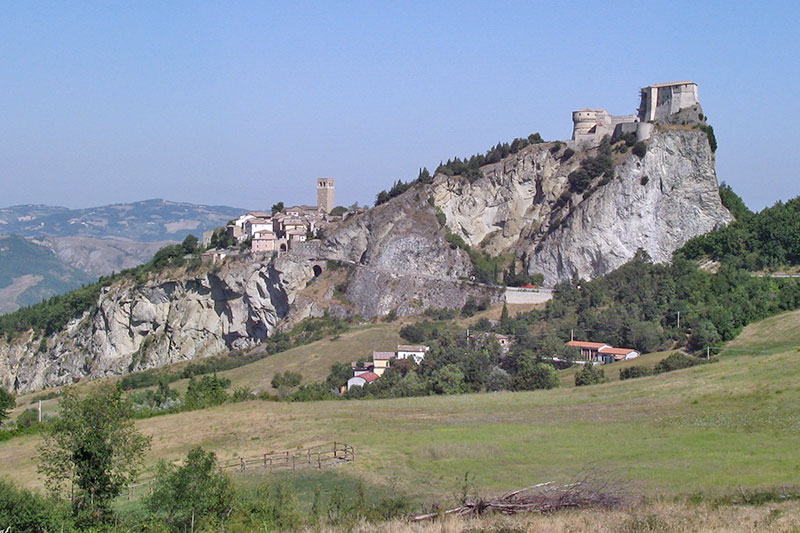 This lonely place, situated in the Montefeltro district, on a sheer rock surrounded by mountains, can only be reached by a way cut into the rock; it preserves its medieval appearance almost completely, una Pinacoteca.